A colorful mixture of Caribbean and South America

When traveling to the Isla de Margarita you can expect dream beaches, turquoise blue water as well as a colorful mixture of Caribbean and South America.
About 40 kilometers off the mainland of Venezuela lies the mountainous Isla de Margarita with Caribbean-style beaches and South American atmosphere. It actually consists of two islands connected in the middle by the mangrove-filled lagoon of La Restinga National Park. 170 kilometers of white sandy beaches stretch along the coastline of the island and are equally inviting for relaxation as well as all kinds of water sports such as diving, snorkeling, water skiing, sailing and surfing. The palm-lined dream beaches merge seamlessly into turquoise waters - a true paradise.

Since the journey always takes place via Caracas on the Venezuelan mainland, a trip to the Isla de Margarita must be well considered at this time!

Our types of travel on Isla de Margarita 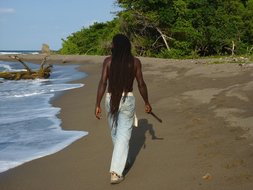 12 days Gruppenreise 2 up to 12 travellers 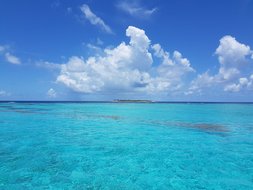 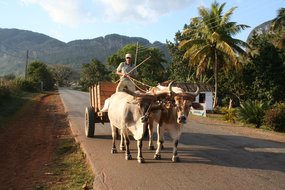 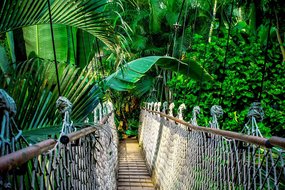 17 days Bestseller 2 up to 12 travellers

The Isla de Margarita belongs geographically and politically to Venezuela and is located in the Southern Caribbean. Isla de Margarita includes the two offshore islands of Coche and Cubagua, together they are located about 40 kilometers from the mainland of Venezuela. They form the state of Nueva Esparta, which was founded in 1909. The three islands of the state belong to the Lesser Antilles and are part of the so-called "Windward Islands". Because of its location, the island of about 1,076 square meters is spared from hurricanes and the climate is balanced throughout the year. The scenic diversity is protected by several national parks. The name Nueva Esparta - New Sparta - is borrowed from the city of Sparta in the Greek Peloponnese, to commemorate the heroism of its inhabitants during the wars of independence. Isla de Margarita is home to the state capital - La Asunción. The island consists of two parts, the eastern part of the island is busy and lush with vegetation. The western half, on the other hand, is almost deserted and desert-like; it is called the Macanao Peninsula.

La Asunción was founded in 1562 by Pedro González and is today the capital of the Venezuelan state of Nueva Esparta. During its history, the city changed its name several times. It was first called Villa del Espíritu Santo, then Valle de Santa Lucía and La Margarita, and now it is called La Asunción. The city is located at only 67 meters above sea level in the east of the island de Margarita. The population is close to 30,000 people. However, the economic center and the largest city of Isla de Margarita is Porlamar.

Land area: 956.8 sq. km
population: just under 450,000
Capital: La Asunción with just under 30,000 inhabitants
Highest mountain: San Juan (Cerro Grande), 920 meters high
Form of government: Presidential Republic
History: Before the arrival of the Europeans, the Guaiqueri inhabited the island. During his third voyage of discovery, Christopher Columbus discovered the island in August 1498 and named it "Margarita", meaning pearl, after the massive pearl deposit. Today, Isla de Margarita is a popular vacation and tourist destination in the Southern Caribbean.
Economy: Tourism
Currency: US Dollar
Language: Spanish
Festivals: There are several music festivals and parties throughout the year.

Entry Requirements: Since Isla de Margarita belongs to Venezuela, the corresponding entry requirements apply. All travel documents must be valid for six months upon entry. German-Venezuelan dual citizens must enter and leave the country with a Venezuelan passport. German citizens do not need a visa for entry, unless it is by sailing ship. Upon entry, each tourist will be given a tourist card on the plane, which entitles them to a stay of up to 90 days. If you are given a duplicate of the tourist card on arrival, keep it safe in case you are asked for it when leaving the country or during other controls. In Venezuela, foreigners must be able to prove their legal residence status at all times. In case of illegal residence, deportation is imminent after sometimes prolonged detention pending deportation.
Vaccinations: There are no mandatory vaccinations for direct entry from Germany to Venezuela. If entering from a yellow fever area, proof of a yellow fever vaccination may be required. Make sure that you and your children are up to date with the standard vaccinations according to the vaccination calendar of the Robert Koch Institute. As travel vaccinations, vaccinations against hepatitis A are recommended, and also against hepatitis B, typhoid and rabies for long-term stays or special exposure.
Climate & Travel Time: Isla de Margarita has a pleasant warm climate all year round. The maximum annual average temperature is 31 degrees Celsius, while the minimum average is 24 degrees Celsius. Because of its location, Isla de Margarita is completely spared from hurricanes.
Local time: CET -5 hrs. CEST -6 hrs.