In the realm of the Maya and Aztecs

Mexico - probably the best known country in Central America - offers a lot of culture, pretty colonial towns, old traditions and impressive temples. In addition, there are great landscapes and fantastic beaches with the best conditions for all water sports. Explore the Mayan and Aztec empires while travelling in Mexico. It is full of cultural highlights, scenic contrasts and fun-loving people.

Visit one of the country's greatest attractions. The so-called Copper Canyon is certainly one of the most spectacular gorges in the world and can only be experienced by train.

The combination of fascinating culture, impressive Mayan monuments and magnificent beaches make the Yucatán Peninsula one of Mexico's most popular destinations.

Baja Californa forms the second largest peninsula in the world and is located in the far west of Mexico. Travelling the cactus desert of the "Baja" still carries a touch of adventure. An event of a very special kind is watching the grey whales between January and March.

Our types of travel in Mexico

Your desired trip to Mexico

Your wedding at Playa Riviera will be a unique romantic experience. Our local agency will organize everything according to your wishes, you can just enjoy.

15 days Individualreise 2 up to 20 travellers 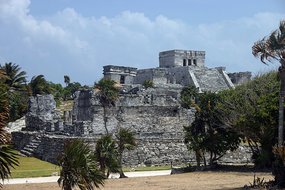 In just two weeks, you can explore the Yucatán Peninsula in all its diversity on this rental car trip and then unwind on the Riviera Maya at the end.

15 days Individualreise 2 up to 6 travellers 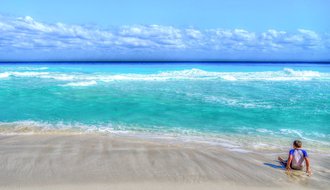 Combine your rental car round trip across the Yucatán Peninsula and the highlands of Chiapas with a wonderful beach stay. On your extraordinary route you can enjoy natural paradises such as natural pools, jungle landscapes, canyons and paradisiacal beaches.

22 days Individualreise 2 up to 6 travellers 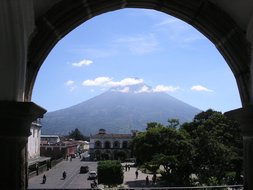 Marvel at the fascinating world of the Maya, immerse yourself in the cultural and scenic highlights and travel through primeval rainforests, to seething volcanoes and to tropical dream beaches.

Discover Mexico's Baja California on your rental car tour, as well as the impressive Copper Canyon on a spectacular train ride with the "Chepe".

19 days Individualreise 1 up to 4 travellers

Conquest and its consequences - a search for traces in Mexico
500 years after Hernán Cortés landed in the Aztec empire. Experience a unique journey to the advanced civilisations of Mexico. 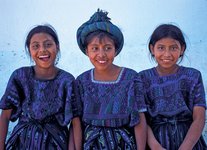 For the above-mentioned flights, climate-relevant emissions of about 6,730 kg are produced per person. By making a voluntary contribution of 164.00 euros to atmosfair, you can help to relieve our climate.

18 days Bestseller 6 up to 16 travellers

Country information on MEXICO: „Land of the Maya and Aztecs“

Mexico is a country full of cultural highlights, scenic contrasts and open, fun-loving people. Charming colonial cities, dreamy Caribbean beaches, the legendary temples of the Aztecs, Toltecs or Mayas as well as an indigenous culture of bright colours, cheerful music and deep tradition - all this forms the fascinating kaleidoscope of the largest country in Central America.

The pulsating metropolis with over 22 million inhabitants invites you to many discoveries. The central square Zócalo is considered the heart of the city. It was once the centre of Tenochtitlan, the capital of the Aztecs. The imposing city cathedral was built on the foundation walls of the Templo Mayor, the excavated part of which is just a few steps away. Today's seat of government stands on the square that was originally the site of the chambers of Moctezuma, the Tlatoani or ruler of the Aztecs. The square is lined with other architectural gems from the colonial era. The adjacent streets are bustling with fashion, haute cuisine, boutiques, small coffee houses, art, architecture and shady parks. The Plaza Garibaldi, the meeting place of the Maraiachi chapels, and the Frida Kahlo Museum are also worthy of mention.

In general, Mexico's interior is characterised by the vast high plateau of the Mesa Central and the Cordilleras of the Sierra Madre. In the north, a vast dry cactus desert stretches out. And yet, here in the western part lies one of the country's greatest attractions: the so-called Copper Canyon! The canyon is certainly one of the most spectacular in the world and is considered more enormous than the Grand Canyon. The only possible way through this overwhelming landscape is a train ride on the famous "Chepe". On its route of more than 620 km, it passes cactus forests as well as banana plantations and tropical regions covered with palm trees. Again and again, the journey over a total of 39 bridges and through 86 tunnels provides breathtaking views of the fantastic Copper Gorge.

The combination of fascinating culture, impressive Mayan monuments and magnificent beaches make the Yucatán Peninsula one of Mexico's most popular travel destinations. The inhabitants are said to have the same warmth as the climate, with a cheerful disposition and firmly rooted traditions. Whether in the small town of Mérida with its colonial charm, at the dreamlike waterfalls of Agua Azul or at the Mayan ruins of Tulum, Cobá, Uxmal, Chichén Itzá or Palenque, steeped in history - visitors are thrilled by the enchanting places. Paradisiacal beaches and the fantastic diving destinations of Cozumel or Isla Mujeres also make the Yucatán peninsula the country's seaside holiday centre.

The more than 1200 km long strip of "Lower California" forms the second largest peninsula in the world. It lies in the far west of Mexico and is separated from the mainland by the Sea of Cortés. Most of Baja California consists of cactus deserts and other arid landscapes. Travelling the "Baja" still carries a touch of adventure, although the extreme south has long been developed for tourism. Along the Pacific, however, you can still relax on beautiful lonely sandy beaches and explore small nice towns. Due to the richness of flora and fauna and the unique ecosystem, large areas were declared a UNESCO World Heritage Site in 2005. A very special event is watching the grey whales! Every year between January and March, hundreds of the marine mammals come to the waters around the peninsula to give birth to their young. The Gulf of California is generally rich in marine life: Dolphins, sea lions and numerous bird species populate the biosphere reserve.

Mexico City is also located in this region (see above). In the "centre of Mexico", however, there are other tourist highlights in the mountain ranges and on the Pacific coast. In the state of Guanachato, for example, the capital of the same name boasts fantastic colonial architecture, which is also a UNESCO World Heritage Site. Mexico's most famous volcano, the Popocatépetl (5,452 m), as well as the highest peak, the Pico de Orizaba (5,663 m), are also located in central Mexico.

Land area: 1.96 million sq km
Population: 106.7 million - mainly mestizos, 12 million indigenous people
Capital: Mexico City with over 22 million inhabitants
Highest mountain: Pico de Orizaba, 5,742 metres high
Form of government: Mexico has been a presidential federal republic since 1917
History: The land of the Maya, Olmecs, Toltecs and Aztecs was conquered by Hernán Cortéz in 1521. Mexico has been independent from Spain since 1821.
Economy: Almost 30 % of the economy is based on industry. The main exports are oil, silver, motor vehicles, textiles, coffee, fruit, vegetables and alcohol.
Currency: Mexican peso (MXP)
Language: Spanish
Festivals: Commemoration of the dead on 01/22 November, "Grito de Independencia" - Independence Day on 15 September, pilgrimage to the Virgin of Guadalupe in December

Entry requirement: The passport must be valid for at least 6 months upon entry, at least for the duration of the planned stay.
Vaccinations: No compulsory vaccinations.
Climate/travel season: Basically, the travel season is all year round. The climate is tropically warm on the coast, cooler to cold in the mountains depending on altitude. The rainy season is from May to November. Hurricane season is from June to November.
Local time: CET and CEST -7 hrs, in the west - 8/- 9 hrs.